EBooks – Epub or Kindle – Give Away.

With no clue who attacked…

The only exit from the breach…

The chamber linked to the accelerator… 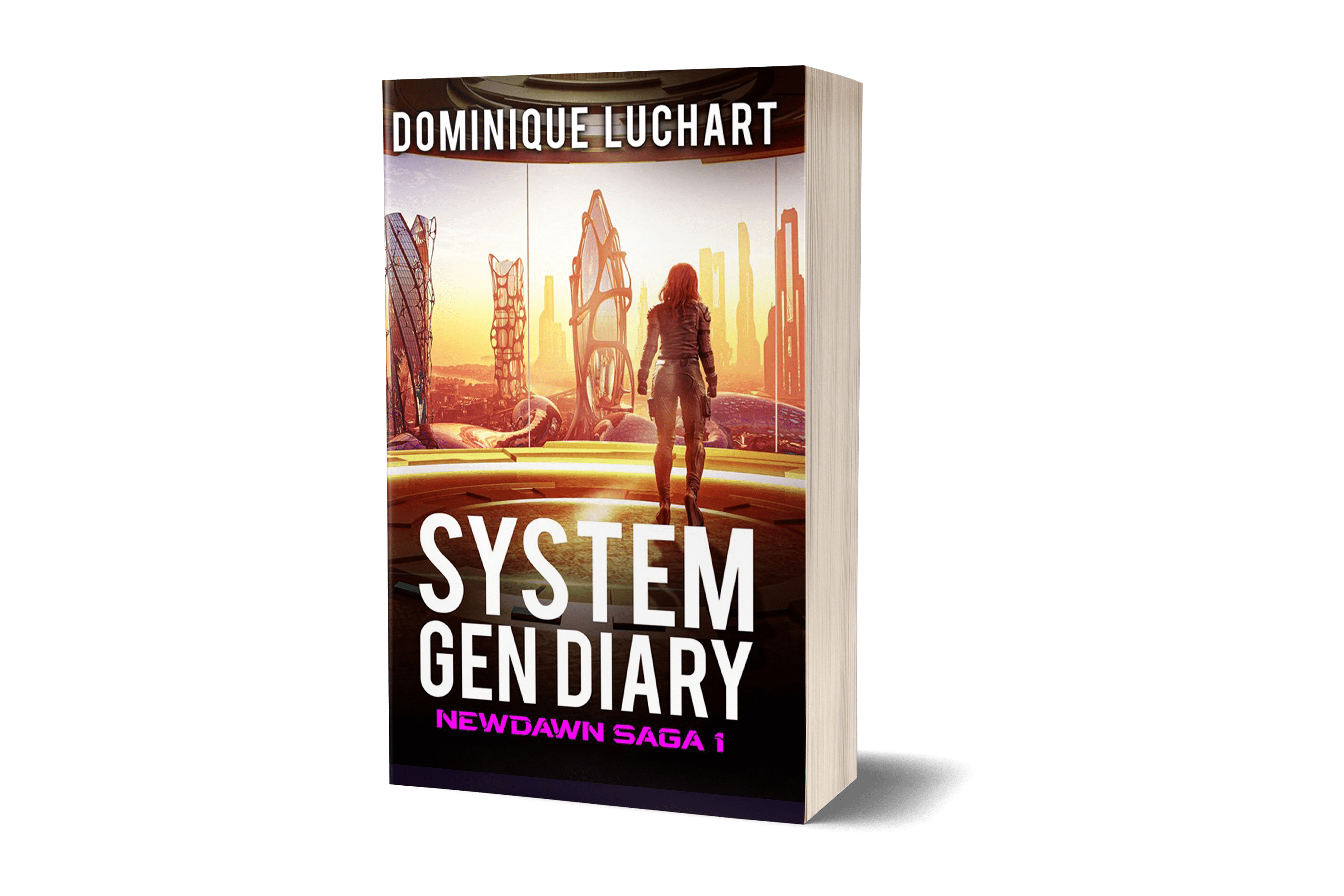 HellNet… Now, I have no idea what happens if I live…

Perfect for fans of Divergent, Hunger Games, Qualify and Red Queen, the novel System, a diary of the Newdawn Saga series depicts an epic story in a dystopian world where ingenuity, determination, and emotion change a culture.

System, penned by Dr. Dominique Luchart, the author of the NEWDAWN Saga, brings you into 2088 where Gen awakens into the future after her time in cryo sleep and lands into the System monitored by the A.I., DAINN.

The adaptation to Ang is brutal, the assimilation that awaits even more so… DAINN is an unknown holding her future in its planetary brain.

The lack of humanity stuns Gen as the Imps render everyone more effective, smarter, stronger and healthier in a society driven by technology.

Coping is not just about surviving. Surviving is more than finding a place to thrive. Thriving is actually being alive.

Gen Aubrey, one of the main characters of NEWDAWN ROAMERS, the first volume of the NEWDAWN Saga, reveals the Perfect Humans' fight for survival despite science and technology innovations. The planet’s turmoil encroaching on all and everything strangles all life outside the domes. Inside, the System rules.

Gen’s role, unveiled in ROAMERS and CENTRAL, where this odyssey begins, takes a turn in SYSTEM. Arriving in Ang, ten years before the moment where the Perfect Human embark on Origin, Gen’s humanity bring her to fight for those she has nothing in common with… Her knowledge can mean the survival of our civilization or the extinction of an entire species.

Do you have a question? EMail Us!